Yup, Matt Hankey is definitely tougher than I am. Diahanne (the Pool Ninja) and her younger son, Dylan, took Matt skiing. Dylan’s a skier and he thought this up. They went through OAS – Oregon Adaptive Sports. I found this pic (below). Would you have the courage to do that? Personally, I’d rather sit in the chalet and drink hot cocoa. (With handcrafted vanilla and peppermint marshmallows cut into hearts.)

Matt is tough bc I gave him a speech about how he should put his mental/emotional armor on. I did gymnastics extremely briefly and badly, but my kinesthetic memory is strong. The first time I “ran” on land (w M37 at Planet Rehab) I cried (in secret). So I was thrilled that Matt was going skiing, but concerned since he probably hadn’t felt the wind on his face since before the AVM ruptured.

I needn’t have worried. He LOVED it. He told me, we were going SO FAST!! And he got to do the steering, although D and D were “encouraging” him to use his left arm so it was a therapeutic exercise LOL.

Apparently Matt still has a need for speed.

I’ve done this before – given him long email pep talks that he responds to with a single pithy sentence, typed with one finger but saturated with meaning and born from an understanding of Survivorship. I knew I wanted to write about the Ski Trip but hadn’t connected with anyone yet. Last Tuesday Matt posted a pic on Instagram –the colors are superb. The mountains are spectacular. His smile is real.

Me to Coach R: Shirley wants to know if you like her new dress. 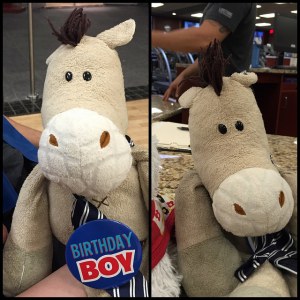 Ed needs an apprentice because the next day, Friday, April 7, was his 86th birthday (the 6th Anniversary of my AVM Rupture). This is naturally a difficult time of year. But the last few months have been particularly rough (after I published my Eagle Update) – I realized that I don’t really talk about my symptoms, maybe I should – but I get tired of it. Anyway, I really appreciate your prayers on an ongoing basis. But let me just say that in the midst of trouble, I knew that it’s a basic scriptural principle to see things that are Not Seen. And when I applied myself to this there was overwhelming confirmation of God’s care, protection, and faithfulness – and that all of this TOTALLY fits the pattern of how He does things. (Which is not to say that it’s not scary – because it is – but in a chilling and exhilarating sort of way.) PS. I took a hit around the New Year but I’m getting stronger and stronger.

I had been wondering how to “celebrate” Shirley and Ed’s birthdays. It turns out that Dylan and Diahanne took care of it. They got all Matt’s gear to his house the night before and left for the mountain (Mt. Bachelor) at 5am the next morning. Then they proceeded to have what Matt termed as “an Epic Ski day.” Apparently it was totally lit.

David setting up mats for my Cartwheel. Randy was totally in favor bc he is a wrestler and I was not asking him to spot me. Trainer D is a gymnast so he was the Chosen One.  He didn’t think I was serious but when I wouldn’t let it rest he got the mats out even though he looked rather green in the face.  I’ve never seen him sweat like that.

I wrote at the end of Trainer D’s book about the time he allowed me to try a cartwheel. (Ch. 15 “Cartwheel” – Vol 2. Learning How to Live.) I compared it to how a dear friend of mine took her son to the beach (he’s a transplant survivor and also has awful shellfish allergies) – she is a surgeon herself and planned out all the emergency routes to the nearest facilities and brought everything she needed to keep him alive long enough to get there in case anything happened. It was important bc he hadn’t been to the beach before, and so much of his childhood was spent as an inpatient getting the transplant that she was bound and determined to give him that experience. She calculated the risk and made arrangements.

As a Survivor I have been so grateful that I found David and Randy, who are willing and able to vouch for my safety so I can try things, experience new things, and remember old ones. Okay, so I might have badgered David into the cartwheel thing, but that’s neither here nor there.

When Matt posted that pic on Instagram he hashtagged it #beautifulview. That was the part that made me cry. I tried hard to remember the last truly beautiful view I saw.

It was in Africa. 6 years ago in the hills of Burundi, when we went on a picnic at a Tea Plantation. While I am learning to manage my symptoms better and better, this means I need to pay attention to the effects of travel on my body. Right now the rule is that I must take a Muscle Relaxant Rx prior to every plane ride and car ride (1 hour+) because travel takes its toll on me more than I’ve been admitting. So for now I am most comfortable within a 30 mile radius of my parents’ house. 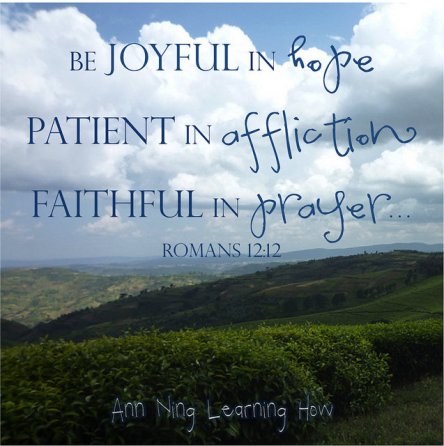 If I REALLY wanted to go to the beach or skiing, I have an amazing bunch of friends who would make that happen in a heartbeat. But I’ve decided that it wouldn’t be worth it for me. But it warms my heart to know that I’ve got people who would arrange it for me if I asked them.

I cannot overstate the significance of someone giving a Survivor an experience. There are very serious concerns that go along with interacting with someone with a complicated health history. It is not a responsibility to be taken lightly.

My theory is that the best peeps (like D and R) aren’t thinking of the safety implications at first – they just respond instinctively out of human compassion. But it turns out that they have the knowledge and heart to take on the responsibility. That’s what Dylan and Diahanne did. Thank you so much.

PS.  we did great on Matt’s Shredded Grace fundraiser.  Now we’re looking to the future.  I’m working on the vid from one of the events last month.  Stay tuned.  Meanwhile, go buy the guys’ books.  It’s always nonprofit and will help Matt walk again.  They are HILARIOUS chronicles of Recovery.  I seriously could not make this stuff up. 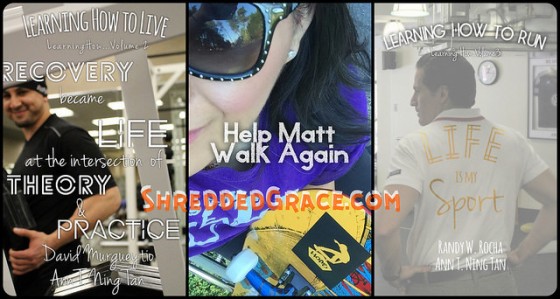 Learning How on Amazon – *Always* NonProfit 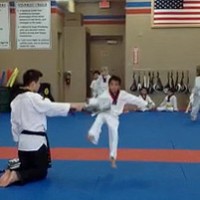