… I don’t want to be dependent on a machine to run forever. I could never afford [an AlterG], and Daddy has informed me that there will be no more purchasing of exercise equipment on my part, anyway. So that’s why I have Trainer D and Coach R. Coach R has been talking about doing some “light agility exercises” (that was one of those times when I laughed in his face but then realized he was serious – Coach R does not joke about agility), and Trainer D is…Trainer D. In fact, it was his overwhelming enthusiasm for ORFR that made me nervous enough to diversify my “trust” portfolio and seek out an AlterG and Coach R…

“We’re going to do the agility ladder,” he announced.

He had to tell me multiple times about each pattern we were supposed to do. Please note: the ladder is taped on the floor, so it’s a flat surface I can’t trip on. Also, I say “we” since we progress up and down the ladder together although I have graduated from holding one hand plus Coach R gripping my arm to just the one hand.

Here are some quotes from Ladder Time:

Me:   I didn’t realize how brain damaged I was until I started working out.

Me:   Daddy’s over there (the waiting room is within eyesight of the ladder) so I gotta not fall down, k?

C (a pro athlete who was observing and remarked to another pro during their workout): I’m jealous – R never holds my hand.

And here’s the latest and funniest exchange yet:

R:      Knees up – I want to see more bounce and faster movement on the balls of your feet. You’re more athletic than you think.

Me:    [voice full of hope] I could do bunny hops (two-footed jumps like little kids do on a balance beam).

R:      That would be…interesting. (Translation: Bunny Hop = unacceptable substitution for this exercise.)

Me:   [uncontrollable laughing…once I caught my breath:] Ok, R, if you were me, what would it look like?

R tried hard to modify his movements but only got a quarter way down the ladder before I doubled over laughing again.

Me:   Umm…I said If you were ME, what would it look like?

R tried again after an even longer pause indicating he was thinking deeply about the scenario. This time his knees were a hair lower than his first attempt but he was unable to slow it down.

I laughed again and realized I couldn’t press him any more to imagine having impaired mobility. We all have our limits.

I will say, though, that the Ladder has gotten easier with practice. It helps to see the parade of athletes who frequent the Running Gym on the Ladder as I “run” in the AlterG. I get plenty of examples of what it should look like. I can even recognize C by the movement of her feet if I just see a blur out of the corner of my eye. One day I asked: Why doesn’t it look like that when I do the ladder? C: ‘Cause that’s all I’ve been doing for the past 5 years.

Practice makes perfect. That’s why we’re doing this – not just for the (unintentional) laughs. Believe it or not I’m pretty compliant – I generally do as I’m told but ask questions to indicate that I’m paying attention to the kind of care I’m receiving. This is a habit I formed when I woke up and got tired of people sticking needles in my uncooperative veins. I decided if someone wanted blood, they’d have to give me a good reason. Now that I’m training with crazy people it’s comforting to know there really is a method to the madness.

I asked Coach R one day if he thought I’d ever run on a regular treadmill. I’m not sure yet, he said. I’ll know more once I see how you do on the Agility Ladder.

He’s exposing me to more challenging types of movement. Interestingly, he also noted that he’s actually more comfortable with me in motion as opposed to being still. This was soon after the time when I almost fell off a table but was already lying down.

During a different exercise I queried, How come we’re doing this?

He answered simply: Because if the more difficult movements become easier the simpler ones will, too.

A week ago during Stretchy Time Coach R said plaintively, We haven’t done the full workout in a long time…

Bahahahaha!! Poor Coach R. I haven’t been letting him do what he does best at full throttle. Well, things are looking up. My pain melted away after I saw my new doctor and consulted Smurfette the Dietician last week. I have resumed the home circuits Trainer D instituted and thought I was doing GREAT! And then My Fitness Pal was mean to me on Sunday. But I digress.

Trainer D informed me that now that I’m seeing Smurfette he’s really going to push me. PS. My core was so sore I avoided laughing for several days this week.

So a few days later I asked Coach R if we could resume the full workout with zero restrictions. I figure if he sees me in distress he’ll adjust accordingly. He had looked at my chart and realized we had been doing more stuff than he recalled but it’s significant to me that his impression was that we had been holding off.

Well, it’s time to ramp it up again. Wow – I haven’t thought about movement this much since I was a kid in a leotard trying desperately to get airborne. The current state of things is similar: Execution is elusive but my theory is fantastic. 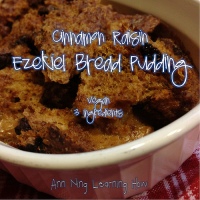