I didn’t tell CMD I was having trouble eating prior to Oregon. She took one look at my tongue and knew. So while I was resting on the table and letting the needles do their magic she compounded some hardcore herbs for me. I meekly took the Ziploc bag and thanked her for her efforts but made a mental note that it would be a miracle if I could get those herbs down my throat. I kid you not – there were great big chunks of stuff in there! They were like trees. And she was very up front with me that it was definitely going to taste bad, but it would help with the nausea.

She was puzzled by the non-improvement in my tongue a few days later and I had to tell her that I hadn’t taken the herbs. She tried to wheedle me into compliance for a few minutes but then when she left me in the room to get ready she said she was done trying to convince me and I was big enough to make my own decision. Side note: I’ll let you guess what I decided :).

Coach R asked me about my diet last week while he was stretching me out and I immediately tensed up, ready for combat. This kind of response is unnecessary with him, though – I’m just used to it from Trainer D. During my first session Trainer D lost no time in telling me that his wife J (code name: Mrs. Miyagi) is a respected dietician in our community. Great. Just great, I thought, and assiduously avoided the subject of food for the next two months.

I met Trainer D right when I was doing my full force Vegan Experiment and I immediately ascertained that he is an enthusiastic and vocal supporter of eating animal protein. Furthermore he provides consistently spirited philosophical opposition to my non-or-low consumption of animal products.

That’s why I avoided the topic with him for so long, but then he got it into his head that it was time to call in the big guns so he made me keep a food diary for a week, and roped J into a consultation. The contrast between what she wrote via email and what he delivered verbally was hysterically funny to me, but that’s another story for another time. The bottom line is that while I have no qualms about arguing with Trainer D, I immediately waved the white flag of surrender when the well-credentialed Mrs. Miyagi entered the scene.

I could have dealt with you by yourself, I told Trainer D, but noooooooo – you had to bring J into this. 🙂. FYI she is now Team Tanimal’s Dietician. Trainer D is in charge of the fight song.

So now, after prolonged debate, I ingest a lot of protein powder. It’s a vegan kind that the Miyagis are comfortable with in terms of amino acid profile. When the eating situation really deteriorated prior to OR I began to rely heavily on it. This is not a recommended course of action. Tanpo was two shakes away from inserting a new PEG (feeding tube) himself, and Mommy only tolerated it bc she knew I was trying to eat but honestly couldn’t. Even Trainer D didn’t fuss with me when he found out I was having trouble.

But now I’m really trying hard to get back into the swing of things. I told Ai Ai a few weeks ago, Hey, Boo Boo – I think I feel mo’ betta when I eat more food. She gave me the dirtiest look – you know, with squinty eyes over her glasses. She was like, Mmm hmm. I need you to not say that in front of our father when we go home.

I was doing great, and practicing my kitchen mobility skills – her family likes my food!! – but the last week has been tougher. I think it was the unanticipated stress of coming home and seeing the things the moving company delivered from my storage garage in OR. We didn’t bring home a lot, but it’s been enough to throw me off track.

So I’m still busy building my protein shake repertoire. I often like to add a ¼ cup of hemp hearts to my breakfast shake. I’ve seen sources state that hemp hearts are a complete protein, and others state that they are “almost” complete. From what I can gather (sorry I don’t have citations for you) hemp hearts do contain great Omegas plus all of the essential amino acids (the ones your body can’t make on its own), but not in the ideal ratios for protein “completeness.” Specifically, I read somewhere that hemp hearts don’t have enough lysine in them. So if I’m only using hemp and no protein powder I’ll dump some frozen peas in there bc peas are high in lysine and call it a day. I love using frozen fruits and especially veggies in my smoothies instead of ice bc you get a frozen texture plus nutritional value without the added bulk of ice. Here’s a favorite: 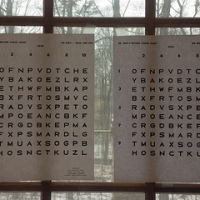 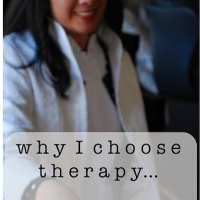