The title of this post is a quote from “my son” Joshua.  When his family moved to a different state he was only beginning to form sentences.  The way he expressed himself on one occasion was to verbalize the sign language he had been taught as a baby – “I’m all done ‘goodbye’.”  When my sister told me that my heart broke for the poor little guy who was too young to fully understand the concept of moving but was vocal (in his own way) about the sadness of separation.

I’m with Josh.  I don’t say goodbye anymore.  When I woke up “goodbye” got old really fast and I realized that I don’t have the stomach for it.  So now it’s mostly see you later, alligator.  But I got news on Monday that my friend, Mr. N had passed away.  I know he was waiting for this, and I’m glad he’s finally home with the Lord but I can’t help but feel sad that I didn’t get to see him again on this earth.

I was scheduled to see him and Mrs. Nelson on Saturday in April 2011 but I never made it bc my brain bled on Thursday.  [Sniff.]  They are JJ’s maternal grandparents and served with honor in Africa as missionaries and also in North America.  I had brought home some coffee from Burundi and wanted to drop it off that weekend.  They used to laugh at me bc I would schedule things within 15-minute ETA’s.  My life has taken a detour to a place where scheduling is more…fluid.

The N’s were one of the first people I told about my desire to go to Burundi.  I showed up at The Farm one day and asked, Mrs. N – is it really true about the mango flies?  I need to know the worst.  (Yes, mango flies are a problem – you will likely dry your clothes on a line outside, and the mango flies could lay eggs in them, so absolutely every piece of laundry must be ironed.  Ick.)  But they were so supportive, and prayed for me earnestly.

There are two things I will always remember about Mr. N:

1) I was privileged to transcribe his “life story” – a project JCJ gave him so her sons would know him better.  I told him I would love to put my AMAZING secretarial skills at his disposal and got to read the life story/journal he kept.  My major takeaway was that Mr. N had a huge love for people – not just family members and friends, but complete strangers like servers at restaurants, etc.  In Christian circles we’d call this “a burden for souls.”  If I had a friend I wanted to share the love of Christ with I’d tell the N’s if my friend was coming to church.  I did this bc I knew I could depend on Mr. N to go in for the hard sell – that very pointed questions would be asked, but in a winsome and gentle way impossible to take offense at.

2) Before I went to Burundi I wrote a “letter” to my church, informing them of my exercise and of the specific prayer requests I had.  I went up to the Farm to hang out with the N’s and also bc Mr. N wanted to talk to me about going to Africa for the first time, the implications of this trip, and how to approach it.  When I sat down next to his recliner, Mr. N reached into his prayer “file” that was on a nearby table.  He pulled out my letter and I saw that the prayer requests I had listed in bullet-point format had been meticulously labeled with the days of the week in his pencil-fine script.  I knew that he and Mrs. N were praying over the matters I was concerned about daily.  We never canvassed the subject of this method of prayer – I just observed how he lived and made a mental note that this was a sound practice.  To be the object of such intentional intercession was a gift that boosted my confidence then and now.

Theoretically I knew this could happen.  I knew Mr. N’s health was failing but I held on to the hope that I would be able to get back up to The Farm to see them.  The last time I “saw” him was in the ICU – I dreamed that we were doing extensive translation work in Africa and JJ, Renaissance man that he is, was filming a documentary about it.  Mr. N, you see, was a talented linguist.  Mrs. N told me how he read a pamphlet on African language on the boat from Europe to (what was then) the Belgian Congo and when they stepped onshore he spoke to the porters in Swahili regarding their baggage.

That was just a dream, though.  As real as many of those images seemed to me, I’ve begun sorting out what really happened and what I thought happened.  But I will see Mrs. N again (true to form, I intend on inviting myself +MommyDaddy over to The Farm in the future), and I will see Mr. N again, too.  I’m sorry I didn’t get to say goodbye but I will always be grateful that I knew him. 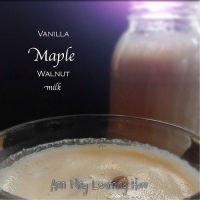