Last week I tried out a new gym (yes, another one – this one is slanted to Rehab and is attached to an Ortho practice. I went specifically to try out the Alter-G.) It’s taken about 2.5 years but now I know what to do when entering a new environment. I no longer just show up. I’m like a company signaling to the market prior to an IPO. I’m indicating that a major medical event happened and that I mean business when it comes to Recovery – I am willing to work hard and have high standards when it comes to my providers. I sent my Medical Resume ahead of me and dropped some verbal cues so no one would be shocked/appalled by the thing on my neck and my desire to bash around the gym unsupervised.

I got supervision anyway. I thought I could do this independently but when it came to it I needed a little shove to get off the ground. As I was warming up, safely zipped in to the Alter G bubble my New Guy asked me who my PT had been at NRH and I told him about M (37). “I like ‘em crazy,” I added. He smiled in recognition, and I knew he understood that I was using the term “crazy” in the very best way possible. Anyway, takes one to know one.

219. Operation Hospitality (This is what an Alter G looks like)

I told Trainer D last week that I can smell crazy a mile away – and he has crazy written all over him. The people I’ve worked with carry their crazy in different ways – some wear it on their sleeve while some are closet crazy and just need to get used to me before establishing how we roll. I knew Trainer D’s MO before our first session was over. I’m getting quite good at sizing people up and reading the tea leaves on whether or not they’ll be able to help me progress. I can recognize the signs. Examples:

October 2012 – M(37): Up the middle.
The first time I saw her, M thought it would be appropriate to make me walk the stairs without holding on to anything.

October 2013 – Trainer D: Get up off the table and walk around.
During the initial evaluation Trainer D did the Mr. Miyagi thing on my left hip. Although his air of confidence (he was fully expecting immediate results) was comforting, I wasn’t sure I wanted to participate until 5 minutes later when he told me to get up and walk. (I’ve also interrogated him regarding his credentials a couple of times and am satisfied that he is qualified to do such a thing – otherwise I wouldn’t let him near me.) The limb felt lighter, similar to my early sensation after beginning TCM. It totally weirded me out, but it was a pleasant surprise.

Febrary 2014 – New Guy: Tell me about the atrophy going on with your left leg.
I was just standing there talking to him. I wasn’t even in motion – I was simply illustrating my exceptional standing balance. I had mentioned that my left side was compromised in my resume but I could tell from his body language that his question was based on observation. I did not realize I was being actively evaluated. Sheesh. I thought I looked pretty good, too.

There have been moments in RecoveryLand when I have begun to use the local dialect and I have immediately recognized the signs of understanding in the person I’m conversing with. It is an immensely gratifying thing to be heard and understood.

As I’ve embraced my more public life I’ve met many new friends and started to talk about what happened to strangers. Even though I might not have known them for an hour yet it has been so comforting to see the light of recognition in their eyes when I tell them about how I’ve found grace in the valley. Because of the obvious signs of trauma I carry many feel comfortable sharing their personal struggles. In this amazingly isolating experience, the fact that I can explain why I have hope and see understanding illuminate another person’s face warms me like a roaring fire. Let’s toast some marshmallows. Who’s with me?!?! 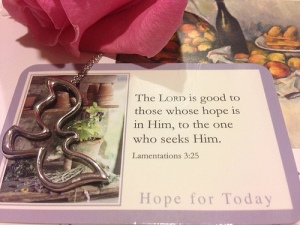