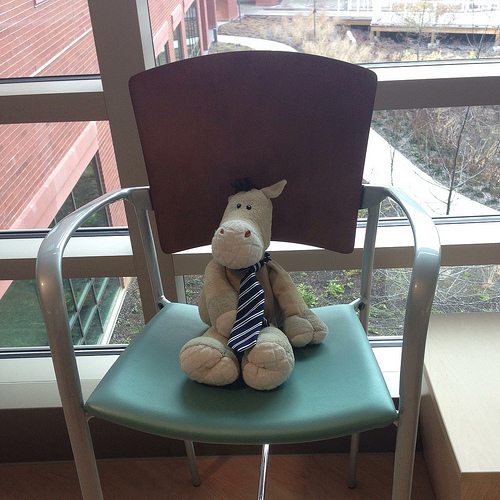 Before I went on vacay I mentioned casually that I was going back to the ENT.  At least I was trying to be casual.  When the nurse took my vitals before I got scoped she was like, “Are you on medication for high blood pressure?”  A:  no, I have not been on bp meds since I was an inpatient.  I’ve had high bp periodically since then, primarily due to PT-induced stress (all A (6)’s fault), but I now keep a bp log  since CMD monitors it with great vigilance.  It has come down lately but trips to the doctor inevitably raise it temporarily.

Then came the scoping.  This was the first time I went to an appointment solo since that time at RIO.  FYI, that appointment was what soured me on the idea of ENTs (even though it’s an honorable profession, I’m sure), bc I was alone, scared, confused, and it hurt.  The appointment time had been moved up at the last minute, which was why I was alone – otherwise my parents would have been there.  Anyway, this time Daddy was in an appointment down the hall, and we had told Mommy to stay home since she was in High Baking Season and going to the doctor would have taken up several hours of prime kitchen time.  Ed, however, did not miss the opportunity to accompany me (picture above), and K (the ST I shared with Tanpo), rearranged her schedule so she could come look at my cords and see if the tension etc. had improved with her “own beady eyes.”  Thanks, K!

I was glad she was there bc even though I’m getting more used to the scope, I still abhor the whole process.  The doctor was so nice, though.  I see Dr. T now since Dr. G moved (sniff).   Mid-scoping Dr. T was like, See how you’re pulling back and away from me?  I was instinctively inching back in my seat as far away as possible from her and the long black spaghetti camera.  But it was in my nose/throat at the time and she needed me to move forward again so we could get this over with.  K distracted me by asking me to count out loud etc.

So the verdict is that my vocal tension has improved, and the nodule is still there but it hasn’t gotten bigger or grosser.  So this will be the status quo for the foreseeable future.  I’m just going to go back every few months so Dr. T can monitor the nodule, and we’ll assume that this is what my voice is like for now.  I told Dr. T that the nodule has been there for a long time, and she said she has a pretty high threshold for deciding to do surgery.  (YAY!) K graduated me from ST and I’m just supposed to maintain good vocal hygiene.

I have seen six ENTs now (technically, 5, since I wasn’t awake for the first one) and the situation has developed interestingly.  The only doctor I saw twice was the one I spent 18+ months avoiding and the person I first called the PDG.  Since he saw that the passage of time had not improved the nodule, and since I told him my vocal and swallowing health concerns had been growing, it makes sense to me that he referred me to a vocal surgeon.  At that point in time the paresis on one of my cords was pretty bad, too.  But happily, I’ve seen improvement in the weakness, and subsequent trips to different vocal surgeons have yielded similar POVs – surgery will definitely result in scarring and hoarseness so we’ll just monitor the nodule for now.

I did my best in ST to learn how to use my voice better, and the fact that my cord weakness has improved probably helped in the decision to just accept this “new normal.”  I’m very pleased to have surgical intervention or the long curved needle options off the table for now.  So I’ll just go get scoped every few months and we’ll call it a day.  I’m going to try not to be such a baby about it since this is going to be a regular thing.  But Ed is still coming with me – I can tell you that much.

So this is what RecoveryLand’s landscape is going to look like in the longer term.  I’m just beginning to discover the long-term effects of having a compromised left-side.  I thought that having one “bad” side was enough to handle but it never occurred to me that if one side is weaker then the other side has to compensate for it.  I’m having dental discomfort, and my right hip and shoulder have started acting up, too.  Trainer D explained that even if the “good” side has to compensate by 5%, the cumulative effect is significant.  CMD’s advice is “Don’t worry about it.  Just do your best.”

I love her way of thinking.  Of course, she can say things like, “Don’t worry about it,” because she makes sure to attend to both my right and left sides during treatment. Her advice is the best kind.  It’s a big-picture directive (my mind is more likely to retain something like this) powered by the (implied) promise of support.  No one ever said I had to do this alone.  Good thing – because if I did have to do this alone I would have stopped progressing a long time ago.  But as it is, I’m happy to build my “new normal” supporting cast because doing “my best” is going to be a team effort.