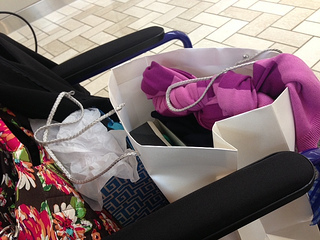 Taking a break while shopping with Tim & Ai Ai

My sister and her family came to visit a couple of weeks ago and we went shopping one morning (early, to hopefully avoid the crowd).  Ai Ai observed me walking around a store without any assistive device.  I was pushing Jack (Charles Jack II – my transport chair) and had parked him somewhere so I could navigate the store more freely.  She told me I was walking well, and that I had improved during the last 3 months.  Did she know I leaned sideways in the past, I demanded.  “Yes,” she affirmed.
YES?!?!?  And all that time she didn’t tell me?!  “You were doing the best you could,” Ai Ai explained.  I suppose Mommy had been thinking the same thing when she never mentioned the sideways-leaning to me.  But now I think I can do better.  At least I’m trying.  And PT37 helps me try harder by giving me little corrections to my form when we’re just walking into the gym (not doing an activity) when I don’t think she’s scrutinizing my gait.  I suppose that’s good since my goal is to walk better without concentrating so hard – good form should be 2nd nature to me.
So for all this time, I had no idea that I should be concentrating on even weight distribution and a narrower (hip-width) stance.  I was just grateful to be on two feet – I’ve seen lots of people who aren’t.  (Side note:  I was completely appalled today when I saw a man with one leg on the mat in front of me doing push-ups.  Lots and lots of push-ups.  I couldn’t even do push-ups when I was completely able- bodied.)
I had no idea about a lot of things, actually.  I suppose my vision changes etc. made me avoid observing my environment with my eyes like I used to, plus, I was kind of not caring about much except not falling.  A week ago I was trying to remember a conversation I had with Mom and I asked her, “Mom, what place were we talking about when you told me we’d arrive and all the heads would turn to look at me?”  She didn’t remember the specific conversation, but it didn’t matter.  “That happens everywhere,” she told me.  I laughed at her answer.  I’m used to seeing little kids look at me since they are shorter and I could see them easily when I kept my eyes down a lot, but I wasn’t aware of all the other staring that was going on.  I suppose it’s natural for me to be an object of curiosity (or a “sideshow” as I told Ai Ai once), but I think people are too well-bred in general to stare too obviously, or else my focus on not falling still prohibits me from observing the staring.
I’m slightly uncomfortable with my new knowledge (that people might be looking at me), but I don’t think about it much since remaining upright takes priority in my mind, and I choose to think that people don’t really care enough to look.  (And oftentimes when they do, they very kindly hold the door for me or offer me a chair etc.)
In a way, ignorance was bliss in that I was previously unconcerned with how I must look to other people.  I’ve spent some time thinking about how the “ignorance is bliss” concept applies to the first 30 years of my life.  I understand the reason why we don’t scan every single baby for the presence of an AVM is that it would be too expensive to do so.  Plus, I think I read somewhere that even if people do have an AVM, they can often live life normally and if they make it to age 30 without it rupturing, the chances of it rupturing decrease after that milestone birthday.
So mine bled right when I was about to turn the corner, statistically speaking.  I did not experience any prior symptoms, so ignorance really was bliss for me.  I had a happy childhood, got my education, travelled the world, and moved to a new city for a new job.  I wouldn’t have had those experiences if I had known I had a brain problem.
As I understand it there wasn’t really another choice for treatment when my AVM ruptured.  I think my surgeon, Dr. Dogan, knew what to do but he had to do it fast.  The last time I saw my neurologist she acknowledged that yes, there are deficits, but she stressed the fact that there was life-saving activity going on during my surgery, and in that sort of context you don’t take anything out unless you really have to.
If we had found out earlier that some malformed blood vessels were clustered around my cerebellum my family and I would have struggled with deciding on the right course of treatment, if any.  I think some folks are told that their AVM is inoperable given its location – we obviously never had to have that conversation about mine.  Now that’s a heavy burden to carry – waking up every day, going to work, caring for your family and hoping that today is NOT the day your brain bleeds.  Even though getting sick in the dramatic way I did was confusing and scary, I’m glad I didn’t have to carry the burden of knowledge (of what might happen) beforehand. 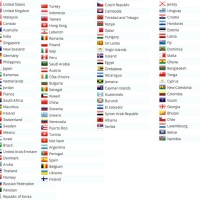 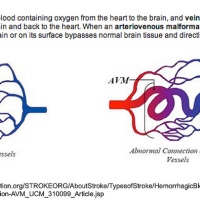